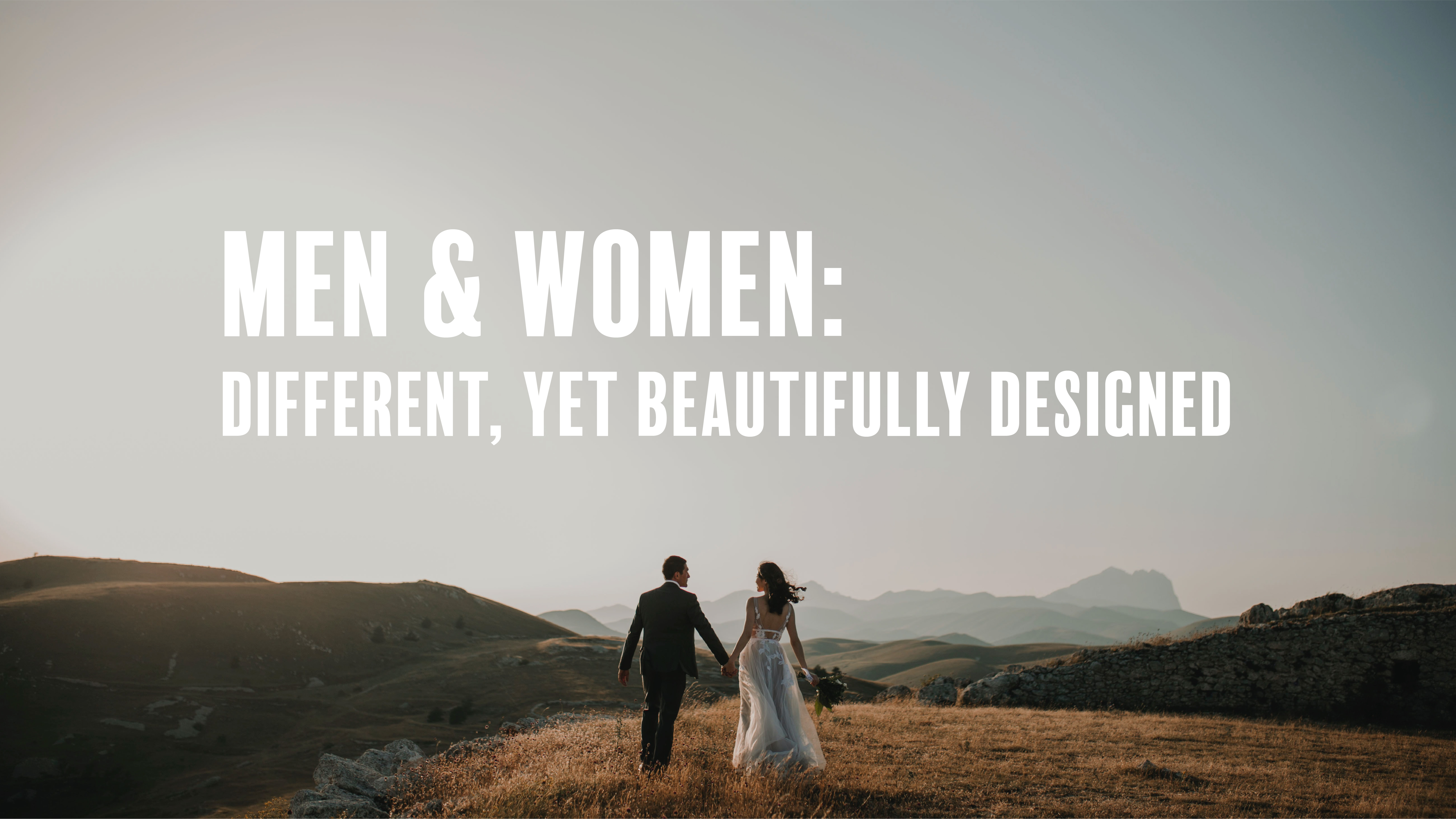 Men and women should become aware of their unique identities, accept their differences, and live their lives fully and as skillfully as possible. It’s a beautiful thing to be different; it means God created each gender—male and female—to complement one another. Unity in diversity is God’s design and is absolutely essential in a healthy marriage relationship.

7 Then the Lord God formed man from the dust of the ground and breathed into his nostrils the breath or spirit of life, and man became a living being.

21 And the Lord God caused a deep sleep to fall upon Adam; and while he slept, He took one of his ribs or a part of his side and closed up the [place with] flesh.  22 And the rib or part of his side which the Lord God had taken from the man He built up and made into a woman, and He brought her to the man.